Home » .308 Scopes
Hey! My site is supported by you, the reader, and if you buy something through my links, I may earn an affiliate commission. Learn more. 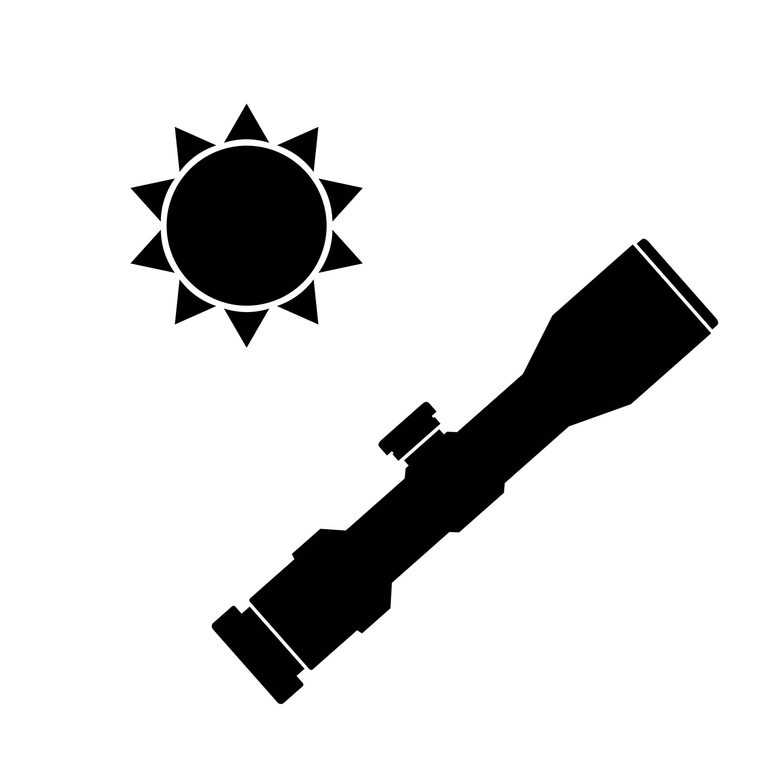 As I discussed on the .308 Scopes Buyer’s Guide, there are several kinds of rifles that use the 308 cartridges. All of them can benefit from a short-ranged scope if that is the range that you are after. This is why I decided to make this review about a great close quarter combat model – the Trijicon ACOG 3.5×35 Scope. Right off the bat, the ACOG doesn’t have much magnification power but compensates well enough in pretty much all other aspects.

For hunters who prefer a scope that features premium quality, great precision, and clarity, this model by Trijicon is a good option to consider. It won’t be any good for long-range hunting and can feel a little costly to some but for its particular purpose, it is one of the best 308 scopes you can get this year. It truly excels at distances of around 100 yards and has a wide field of view. All that is packed in a bulletproof construction that can withstand any weather conditions.

If you want to find out which are the best scopes for 308 rifles, head over to my guide where I’ve compiled a list of all of my favorite models of 2020 and have given you lots of tips on how to find the perfect scope for you. Now, let’s get started with the features of the “ACOG”.

There are a lot of things I need to cover here but I feel like the most important things are the reticle and magnifications since they are the things that really differentiate this rifle scope from the rest I’ve reviewed on my site.

This is a 3.5 by 35 scope which means that it doesn’t pack a lot of magnification power, nor does it have the biggest objective lens I’ve seen out there but then again – it isn’t built for that purpose. The 3.5x is a great amount of zoom for 50-100 yard shots which is essentially what many hunters go for, especially the beginners. Having a 6-10x or more magnification on such a small range can only make you quickly lose sight of your target. The field of view here is around 29 ft. at 100 yards which is very respectable.

It has a short eye relief measuring at about 2.4 inches which is good enough for some AR-style rifles but if you want an even bigger eye relief, I suggest checking out the Vortex Optics Crossfire II. Hunters with bolt-action rifles won’t particularly like this scope as it is short and when you pair that with the eye relief distance means that you have to lean quite forward in order to get a good view out. Still, the good thing is that the scope sticks quite a lot to the back from its rail mount to somewhat compensate for that.

Now, there are a lot of things to discuss about the reticle here as it is a very special part of the scope itself. Let’s dig into that…

This particular model I am reviewing has the illuminated Chevron reticle which is the one on the picture. Now, for each reticle type, you will hear different people complain and praise different features. That is because liking a certain reticle is entirely subjective to the person. I personally don’t like Chevron scopes but for short distance, they are actually quite useful, and somewhat better than the red dot sight models, which just aren’t that practical at distances further than 50 yards.

Trijicon makes the argument that their reticle allows for a bullet drop compensation of up to 850 yards (for 308 rifles that is) but I can’t even imagine someone using this scope to shoot that far. It might be accurate but it is irrelevant, to say the least.

Something that I absolutely love about this combat scope (and is one of its best features) is the illumination of the reticle. It is done possible via a fiber optics during the day and via tritium during night shooting. What is ever more showing that Trijicon means business with this model is the fact that this tritium illumination system automatically adjusts its brightness depending on your surroundings leaving you out of the equation when it comes to manual adjustments. This ensures that you will always be able to easily locate your reticle. While this still isn’t quite ideal for coyote night hunting, it is a great thing to have for overcast days or parts of the day when the sun is rising/setting.

Out of the box, you get a T850 mount that comes with this optic. You can remove the mount and simply slide the scope down a carry handle if you want to as well. This makes it very easy to mount this scope to any rifle type.

One considerable improvement over the older models is that the adjustment turrets have tethered caps now but also underneath them the knobs themselves can be turned by hand, unlike the previous ones which needed a special tool for the job.

Adjustments to the elevation and windage turrets are done in the rate of 3 clicks per 1 inch at 100 yards. This isn’t ideal but it gets the job done. Once again those are finger adjusted turrets (contrary to the older ones where you had to use the case of a bullet shell to turn them around).

Compared to most other scopes, this is quite the compact model, meaning that it won’t bulk up your rifle’s footprint by a lot. It weighs a little more than expected though, but that is the topic of my next key point…

The way this scope is built is its biggest strength. It features a solid body consisting of forged 7075-T6 aircraft aluminum alloy housing. It basically is indestructible, as all the years out in the battlefield have shown. If I ever make a top 5 strongest and most durable scopes guide, this one will be the first place without a doubt.

All that adds up a bit to the weight, though. For such compact models, the ACOG scopes weigh a lot – almost 14 oz (or nearly 400 grams).

The quality of the glass in all of the Advanced Combat Optical Gunsight models is phenomenal and there is no distortion around the edges nor dip in clarity whatsoever. In fact, it has one of the highest quality lenses I’ve seen in this price range. That is thanks to the fully multi-coating process done here. This scope will never fog up or let you down in terms of visibility. It is waterproof, dustproof, and fog proof.

During night time the tritium will have your back in terms of knowing where you are aiming at. During day time, the optical fibers really bring out the reticle. As a whole, everything here is built really well and supplements the shooting experience in any type of conditions.

Other Features Worth Mentioning

One of the things I have to mention about Trijicon is its aiming system called the Bindon Aiming Concept (BAC). It is a technique that allows you to keep both of your eyes open. During your aiming, you have the eye behind the scope unfocused and the other eye tracks your target. As soon as you stop and lock onto it your brain takes over and your scope eye focuses. That way you can always have a better view of the surroundings and ultimately take the perfect shot.

Something else which is a good thing for this scope is that it comes with a few additional items such as:

It is a rather strange crosscheck between these two as one of them is oriented towards close-range shots while the other one is really versatile and can be used for shots further than 600 yards away. Still, in terms of price the Vortex model is a few hundred dollars more expensive making you think whether or not it is a better overall purchase.

A lot of hunters get their hands on the Vortex model because of that same versatility. You can use both of these scopes at a close range when hunting but only one of them can help you make 300-yard shots with ease and that isn’t the ACOG. Still, to me, it is rather strange that people crosscheck these exact two models when Vortex Optics has a direct competitor to the Trijicon ACOG in the face of the “Spitfire” series which are CQB scopes and are really good for their price (which is 3 times less than the price tag that Trijicon gives you).

The Razor has a wider magnification range, arguable better build quality, far more adjustability, and a more detailed reticle. It is a great medium to long ranged scope and the only few places where the Trijicon is better are the overall dimensions, close-ranged shots, and price. After all, it seems like the choice can be boiled down to what range is the one you most often find yourself hunting or shooting at.

Without throwing any shade at Vortex’s quality or their lifetime warranty, to me, the choice here boils down to whether you want a truly durable scope that will help you with hunting in the forest at close ranges or you want a fairly durable one that is more expensive and has the advantage only in a few places such as the magnification and the reticle.

Where are Trijicon Scopes made?

The majority of Trijicon’s scopes, including the ACOG, are made in their US-based facilities in Michigan, California, and Wixom.

Are Trijicon products covered by a lifetime warranty?

While there isn’t a full lifetime warranty, Trijicon does warrant that their structural components and optical systems will stay defect-free for the lifetime of the product. For their electronic devices, they give 3 years of warranty which is still more than some of their competitors.

How long will the Trijicon ACOG last?

The scope itself will last you a lifetime, however, the tritium will most likely deplete around the 20th year of the scope, effectively shortening the scope’s lifespan to that number.

If you want to get your hands on one of the most battle-tested scopes out there, then this is the right model. The Trijicon TA11E ACOG 3.5×35 Rifle Scope has seen more combat and rough conditions than any other scope out there. For these reasons, I (as well as any other hunter) can trust it to be more than reliable anywhere I take it. There are a few downsides to it like the lack of adjustability and the steep price but if you are willing to pay a little extra for a premium and durable short-distance scope then look no further.

Any cookies that may not be particularly necessary for the website to function and is used specifically to collect user personal data via analytics, ads, other embedded contents are termed as non-necessary cookies. It is mandatory to procure user consent prior to running these cookies on your website.